Exploring The Wood Beneath The World

Before Christmas I was lucky enough to visit my old neighbourhood of Leeds, Yorkshire, in the North of England and catch up with some of Leeds most creative folk. I popped into say hi to James Abbott-Donnelly and Laura Wellington, co-founders of creative and photographic space, Duke Studios. Then downstairs from them, the lovely folk at Colours May Vary, all at the wonderfully eclectic Munro House. The My Patch exhibition at CMV was brilliant, featuring a host of great designers connected to Yorkshire, most of which I know from my eight years living in Leeds. They included Jay Cover of Nous Vous, Nick Deakin, Lucy Ketchin, Dan Mather, Drew Millward and Peter Mitchell. You can have a retrospective look at or buy their prints in the CMV online shop. 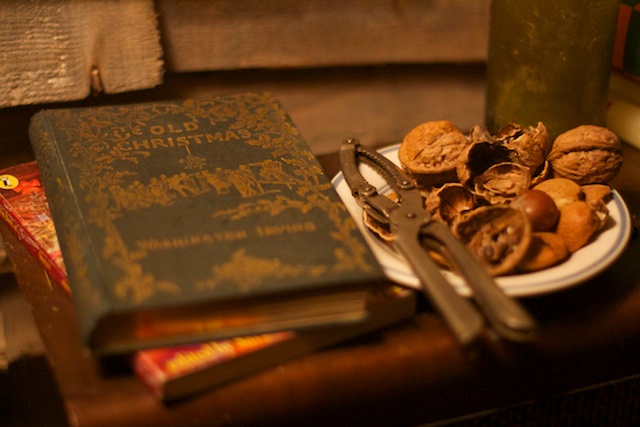 Old Christmas – beautiful set design by Lord Whitney, The Wood Beneath The World

I was super excited to hear that our mutual friends, Lord Whitney (Art Director Duo Amy Lord and Rebekah Whitney) were putting on a fantastical immersive theatre show in the depths (The Crypt) of the epic Cuthbert Broderick designed Leeds Town Hall. This also happens to one of my favourite buildings in the world. I already happened to be joining some other lovely friends at the BBC Philharmonic Orchestra and Leeds Festival Chorus in the Town Hall that evening so popped into Lord Whitney’s The Wood Beneath The World beforehand.

Mystery and Suspense – The Wood Beneath The World by Lord Whitney

It was a truly wonderful experience, full of intrigue, fantasy and suspense! Everyone was asked not to use their phones so we could fully envelope ourselves and our senses in this world. The set was created exceptionally well and the actors played their part perfectly. The Crypt at Leeds Town Hall, which used to be prison cells really complimented the ambience of Lord Whitney’s clever narrative. Locking the intimate party of guests in between jail gates as we journeyed deep into the bowels of the immense dark building, left us in suspense. One or two guests were syphoned off from the group which had knees trembling when they didn’t return. 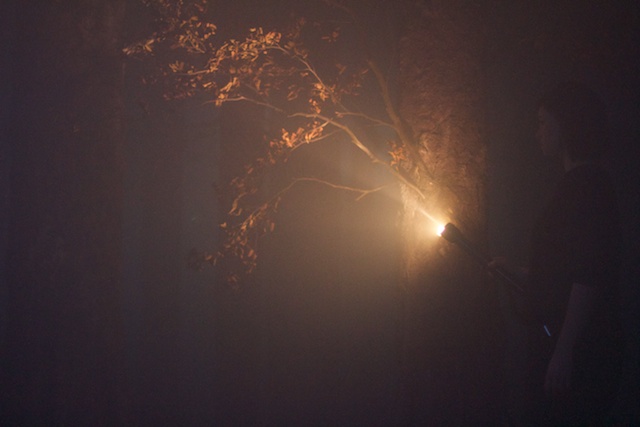 The Wood Beneath The World by Lord Whitney

Soon, we were reunited and brought into a characterful room full of mystical items relating to research about the woods, folklore and much more. An old vintage formica phone and typewriter, pages of material about Celtic culture and history including Ogham stones. Coincidentally I went on a pilgrimage to find and experience the largest Ogham stone in Europe last August when road tripping with my brother around the West of Cork in my home country of Ireland. We were then armed with torches, brought into another room and encouraged to explore freely. 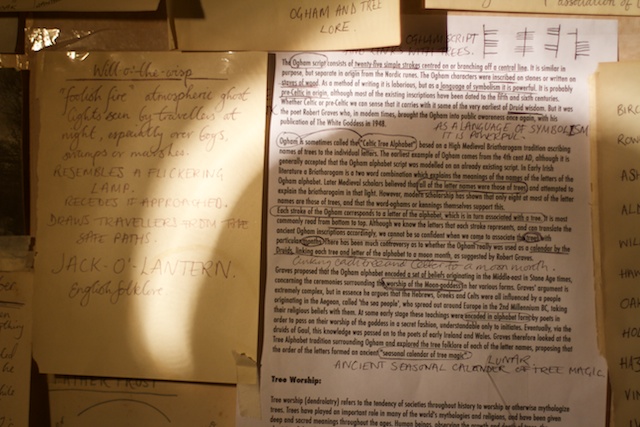 Surrounded by magical trees and wandering paths, we winded through The Wood Beneath The World, punctuated by impromptu, often one to one performances by our guides. We went about discovering small rooms full of slightly eerie but charming suspenseful magic, lost in time, whilst admiring and inspecting items from a time gone by…an old text about Christmas, more information about the stars and a spellbinding display of the Milky Way. Our experience then ended with a performance by our two guides, where we felt their eyes glow in the dark, through such strong and yet light acting of their dreamy parts in this mystical world. 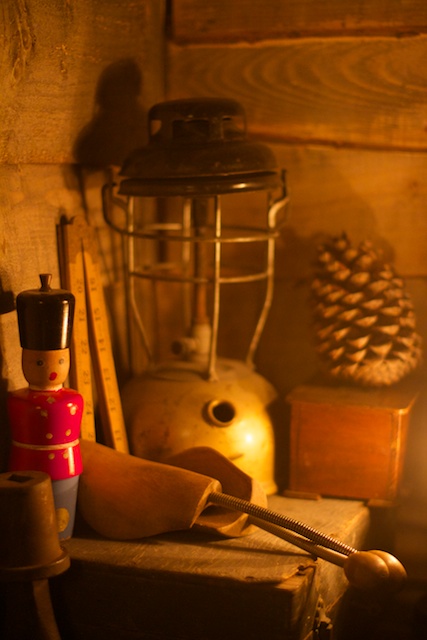 Discovering the Wood Cabin in The Wood Beneath the World, by Lord Whitney

Discovering the Wood Cabin in The Wood Beneath the World, by Lord Whitney

The Stars in our Galaxy – The Wood Beneath the World, by Lord Whitney 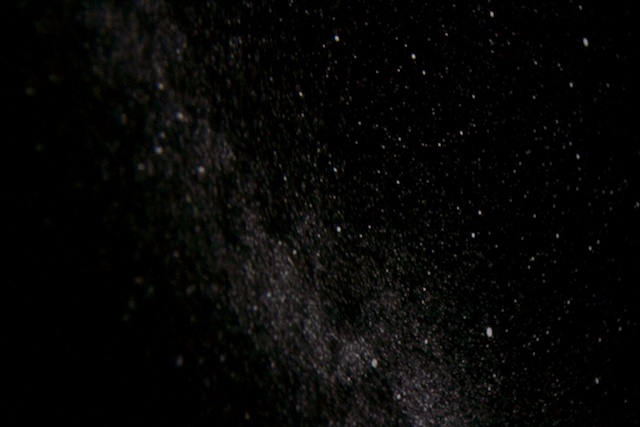 Our Milky Way Galaxy at Night – The Wood Beneath the World, immersive theatre by Lord Whitney

At the end I managed to catch up briefly with the lovely Amy Lord, one half of the super talented Lord Whitney. We hadn’t seen each other since the opening evening of their studios in Meanwood, Leeds just before I went off to travel the world for a year in 2011, after which I moved to London. Since then they have worked on numerous international projects in art direction, prop design and set design for the cream of the crop.

Amy Lord, Half of the Dynamic Creative Duo that is Lord Whitney

Their rapidly growing client list includes Missoni, Hunger Magazine, Transport for London (TFL), Tate Liverpool, London Collections, Glastonbury Festival, The Princes Trust, Computer Arts Magazine and YCN Agency. It was great to catch up with some of Leeds finest creative talent, who I can assure you will be hearing much more from in the future.

Thanks to the gloriously talented creative duo Lord Whitney for the opportunity to see this wonderful show. I’m already looking forward to your next project!

Feel free to explore their fantastic world further on Lord Whitney’s website, where you can commission them for work or just sign up to their mailing list to keep in touch with their adventures in creativity!