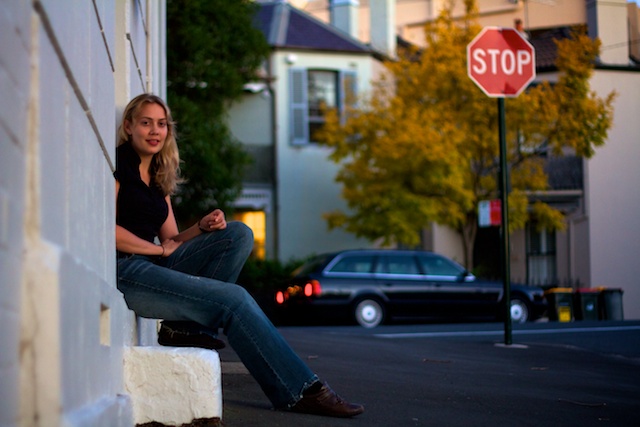 She invited me for a coffee at lunchtime through Couchsurfing, where i’d read her profile and thought her an interesting lass, and then ended up roping me into an impromptu three day internship at the museum, co-writing the kids pull out section of their members magazine. It was great fun, considering my background in marketing and communications, plus I got to meet lots of awesome people in her team like Brent, who I flew my first ever kite with and Geoff, who has the best collection of fake Ray Bans I’ve ever seen. I got to work with the magazine’s Editor Brendan whose roots are Irish and I had the educational and cultural pleasure of taking in the wonderful BBC Wildlife Photographer of the Year and Aboriginal Canning Stock Route exhibitions. Go and see them if you’re in the area!

Thank you for giving me the best first Couchsurfing experience I could have asked for Catherine :o) The following posts document a few of the many highlights whilst being hosted by you, Catherine the Great! 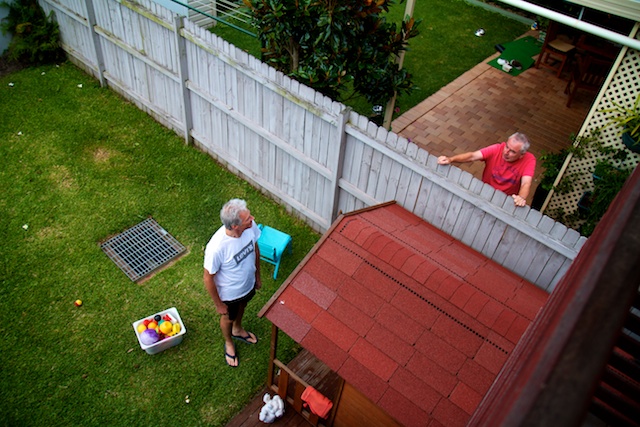 Growing up in a house in the middle of a field on a farm in Ireland I remember seeing neighbours talk over the garden fence on American TV shows…Darryl and his neighbour Phil reminded me of an American sitcom. Suburban life looks pretty good in Rozelle, especially on Springside Street! This was one of the last views I had before leaving Darryl and his family to start my first official Couchsurfing experience in Paddington.

Thank you to Darryl, Caroline, Melissa and Piper for showing me unending warmth and understanding, especially as I fell sick or “crook” as they say in Oz, when I was there. On the second day of my week long visit in early January, I’d taken Darryl out on his first Sydney Bay 7K run (even though he’s lived beside if for years) and that afternoon I got hit pretty bad with a mixture of Bali Belly and cold virus…so I was more than glad to be in the comfort of a family home rather than stuck in a hostel in Kings Cross of the like! I’m sure I registered somewhere on Caroline’s multi-levelled scale of “annoying” ;o) but all the same, being a midwife and nurse she couldn’t help but care for me…thanks for all that Olive Leaf extract which helped to get me back on my feet http://www.olea.com.au/benefits

I will be visiting my brother Alasdair and his wife Shelly in New Zealand soon and have more family to drop in on whilst over on the land of the long white cloud so watch this space for more kiwi action! 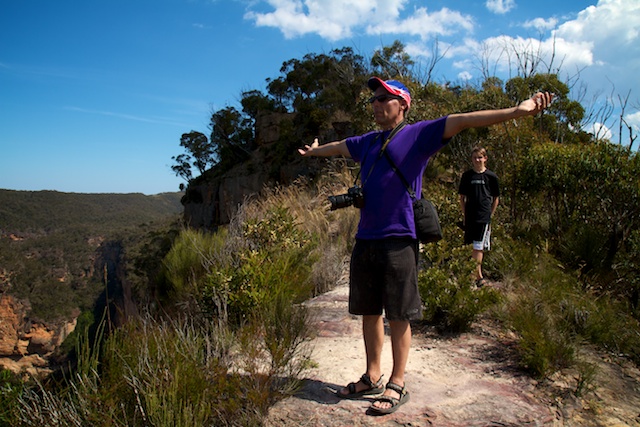 So, as you know I’ve been travelling through SE Asia for two months and I’ve met some amazing people and taken some wonderful portraits. Since wi-fi is very patchy I have a bit of backfilling to do on my blog e.g. the rest of my Laos images, Vietnam, Cambodia and Bali! But it will force me to be very selective which has to be a good thing for all! I am often so busy meeting people and taking photos that I find it hard to blog. I’m currently staying with kiwi cousins in Sydney and between “Bali Belly” and a nasty head cold, I’ve been forced to slow down a bit.

I arrived in Australia from Bali last week on the 28th of December and I felt a mixture of nervousness and excitement. Although I’d visited families in SE Asia and taken portraits of many people, I knew my real challenge was to actually find a host in Australia as per my original concept which is detailed in the About section of this blog.

I made sure to arrive in Bali Denpasar airport in plenty of time to make sure I didn’t miss my plane (that’s a story for another blog post!). Whilst I wandered around the shops comparing prices of various items just for the matter of interest, I struck up conversation with a young Balinese guy called Ogix. After telling him about my project he was keen to share photos of his family and wedding, which I thoroughly enjoyed. We also discussed some of the spiritual practices of his people, which I am fascinated by. As I was about to leave for my plane, a guy walked up to make a purchase from Ogix and spoke Balinese. I was impressed and told him so. He seemed like an interesting chap. A number of hours afterwards as I disembarked the plane this chap passed by with his family and as I could see they were a pretty cool family I asked them where I should head out of Sydney to somewhere a little more spiritual and relaxed. They suggested Katoomba in the Blue Mountains and I gave them my blog address to check out.

I stayed in the Flying Fox backpackers in Katoomba for two nights which was really lovely and had a great group of people. They were actually full but as I was pretty sick with a stomach bug from Bali, Ross, the owner kindly took me in. On the second day I received an email from Ayla, the daughter of the family I met on the plane, inviting me to stay with them on the outskirts of Katoomba and so I left the Flying Fox and stayed with what became my family in the Blue Mountains for five days and nights. From left to right above – Julie, Jarrah, Ayla and Nikhil. Enjoying life the Australian way eating dinner we made together on the decking with the sun setting across the wide open valley!